I see it all the time on social media. In fact, clients have said it about me and I think, “That’s not true!”

If you’ve never done the same workout twice then how do you know you are progressing? If you have nothing to compare.

In 15 years of training and working within the fitness industry I’ve noticed that the people who get the best results are usually the most “boring”. By boring I mean they get their enjoyment and excitement out of progress, rather than variety, and they consistently and patiently  work on their goals.  

They get their buzz and thrill each session, each week, from chipping away and getting better at a few basic things. Chuck a few other bits and bobs into the mix to keep it interesting and you’ve got a recipe for success.

“Repetition is the mother of skill” 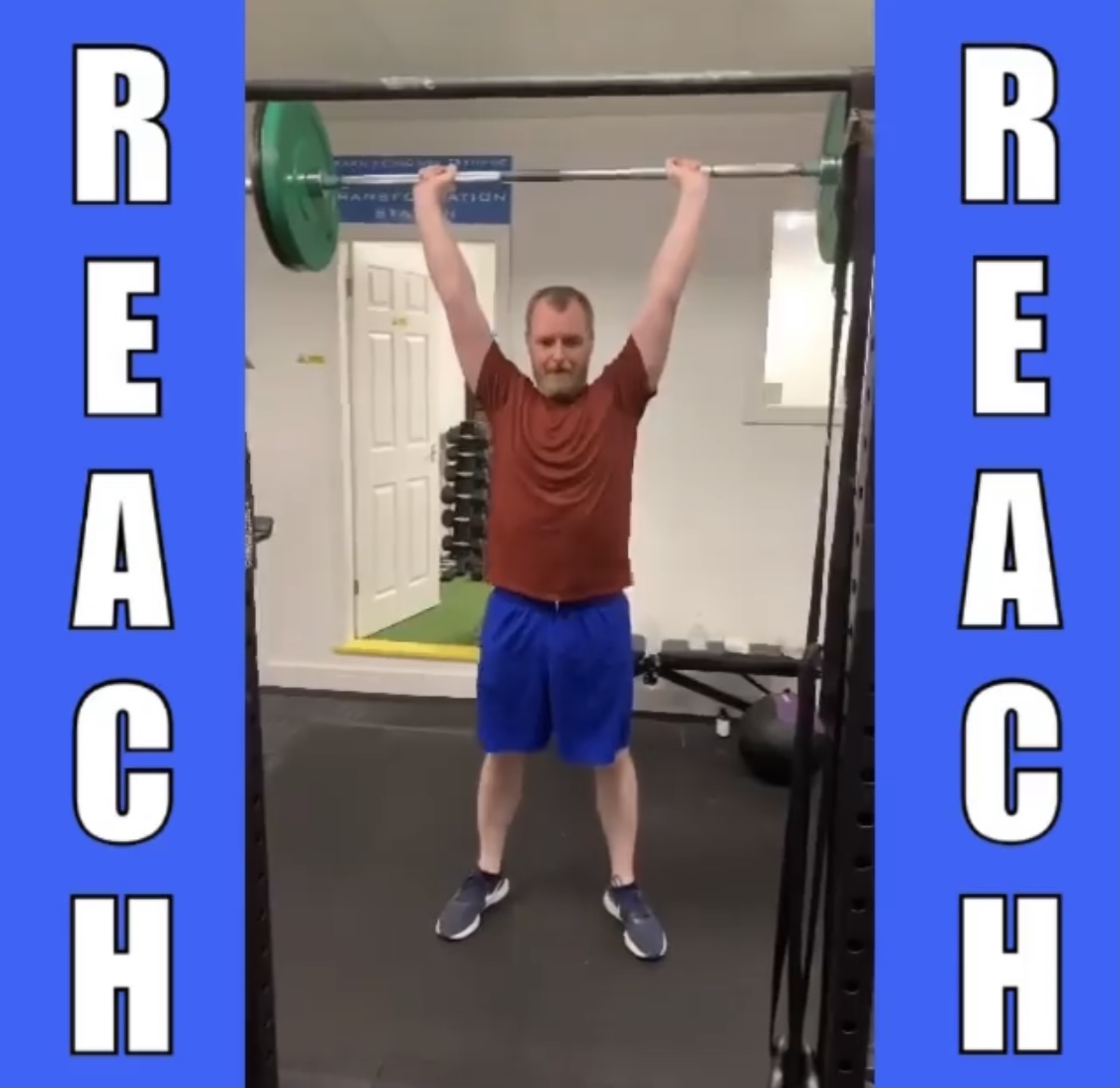 When we first went from a bootcamp format to Group PT for Fat Loss and Body Toning the results immediately went through the roof and it was no coincidence that this marked the start of Reach as we now know it.

When we made this transition, we did lose a couple of clients because they said it was boring (interestingly, one of these was the most boring person I’d ever met, so it’s not like it was coming from people who were the life and soul of the party). The reason they didn’t like it was that they prioritised getting a sweat on and jumping about – they weren’t interested in progress or results.

Go to any gym or speak to many people who train and you’ll see exactly that approach. People going to the gym five days a week and not really getting any results; partly because they don’t know what they should be doing and partly because they are focusing on the process rather than the outcome.

So, I had to be steadfast in my belief that the best way to get results (in terms of fat loss and body toning) was to focus on the things that get results, rather than focusing on trying to please everybody.

It’s no secret that people who can think long-term and plan a route to their goals are more successful than those who are unable to delay gratification and constantly seek pleasure in the moment.  

Recently we’ve done three weeks (not three months or three years, just three weeks) of focusing on squeezing every last drop out of a few basic movements and that’s no surprise that clients, who are used to more variety, are wondering how long it’s going to go on for. 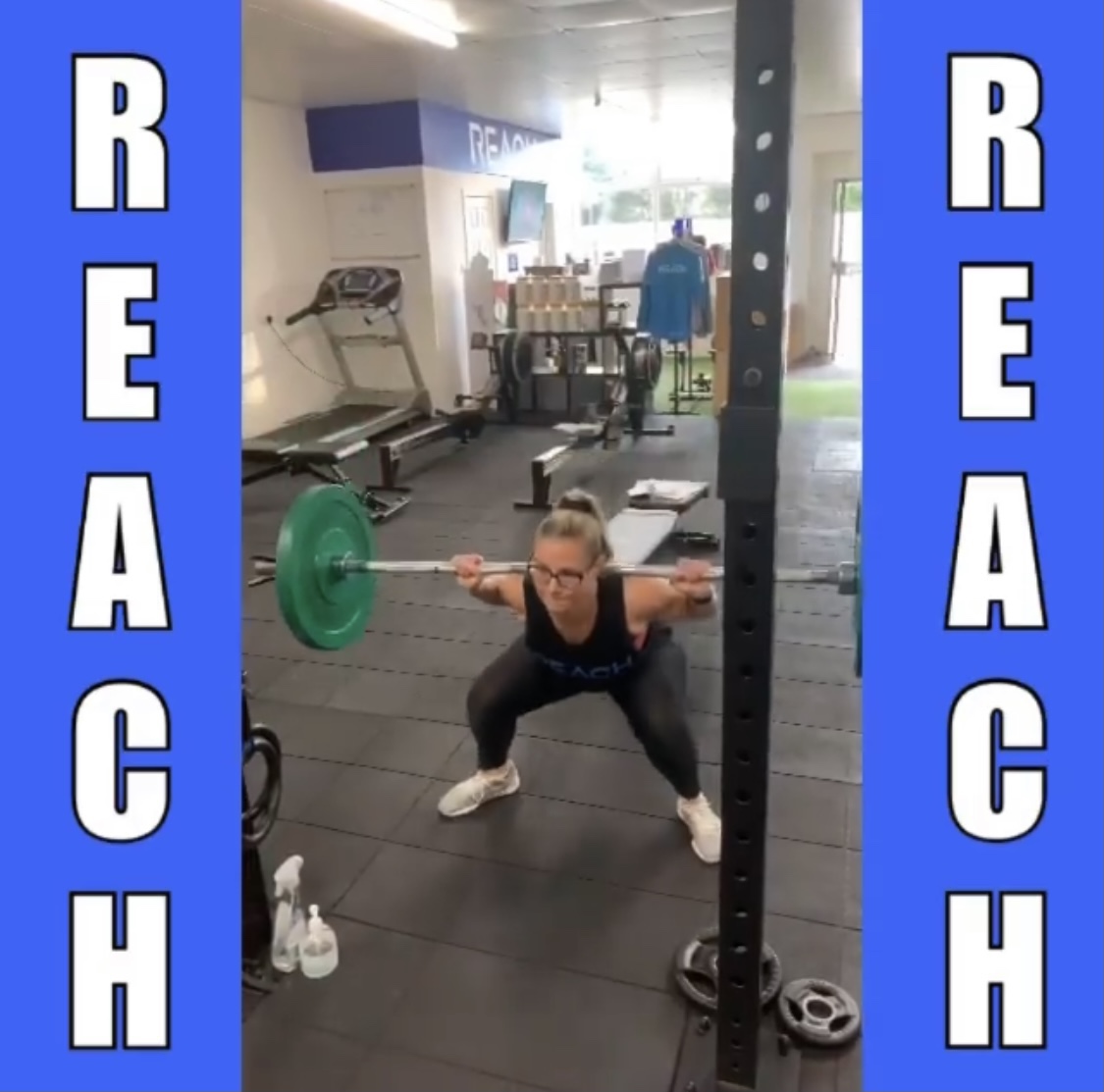 Let me caveat this next point by saying that I do have a tendency to get bored – in fact I’m probably the worst case you’ll find because I’m far too scatty! I have the attention span of a three-year-old, the memory of a goldfish and a head like a pinball machine, so it’s taken many years of personal development for me to become what I would term “boring”. I.E. working steadily towards my goals and not just doing what I wanted on a whim. This has literally changed my life and I’m not just talking training here – I mean my entire life!

So, in terms of training, what I’ve had to do is focus on results! I now get a buzz out of progress and I get my fun and excitement from seeing my numbers improve.

If I wanted “fun” then I’d probably just open the Prosecco. I’m not particularly training for “fun”, although I do enjoy the results and I do enjoy it whilst I’m training. I enjoy the environment. I enjoy the people. But, fundamentally, I’m there for results and I get my enjoyment from seeing improvement and seeing my numbers go up.

Over the past three weeks, the goal in Group PT has been to get clients lifting to their maximum potential. We’ve previously asked clients to lift at 100% or 90% or 80% and it’s obvious to us, as coaches, that often, what people think is 80% is really about 20%. Even the clients who really do go hard probably have another 25% left in them, so we put in a 100% test week to get people to their potential.

After two weeks, the feedback from the coaches was that clients were still not at their maximum potential so we extended it to three weeks. 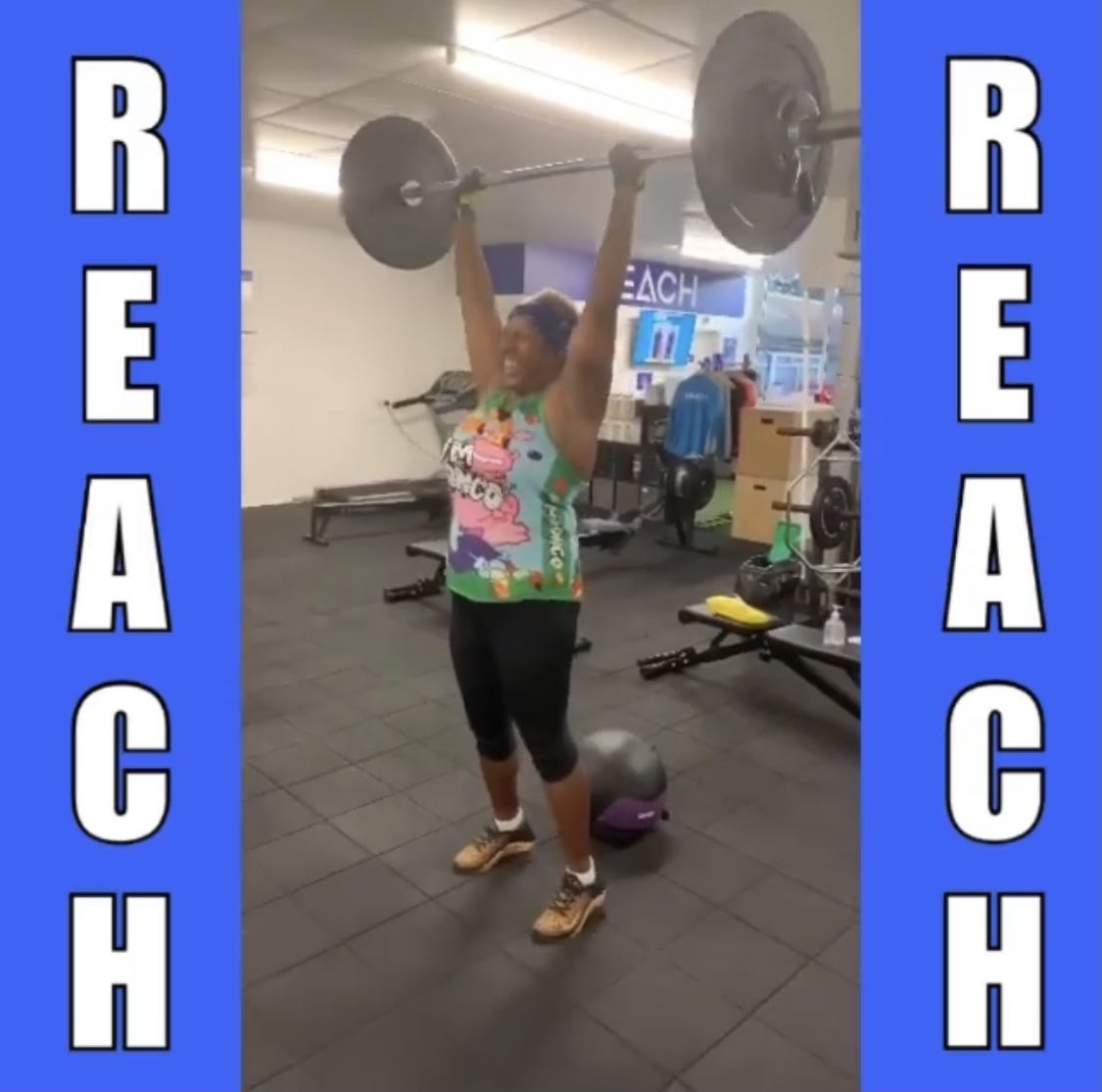 The only reason we’ve extended it past one week is that clients were not hitting their maximum potential at the end of the first week. If everybody had maxed out at the end of week one then we would have moved onto the next step, but we decided that we needed to extend it to two weeks (therefore, in this context, it could be argued that the best way to move on and get a bit of variety is to hit your potential on week one!) otherwise when we drop back down to 80%, clients are not going to be working at 80% they are going to be working at 50% and it would cost them another six weeks of progress!

Had we not extended this 100% week as many times as needed it could potentially/probably cost clients weeks and months of progress by training at a level that’s far below where they should be.

So, this is where we earn our money as coaches! We’re generally quite relaxed but sometimes we need to be tough in order to get the best out of our clients. In two years time most people won’t remember the little block that we did for a few weeks but it will have such a profound effect on their progress because what we do now, at 100%, determines what what they do on the 80, 85, 90 % weeks that generally make up the bulk of our training. 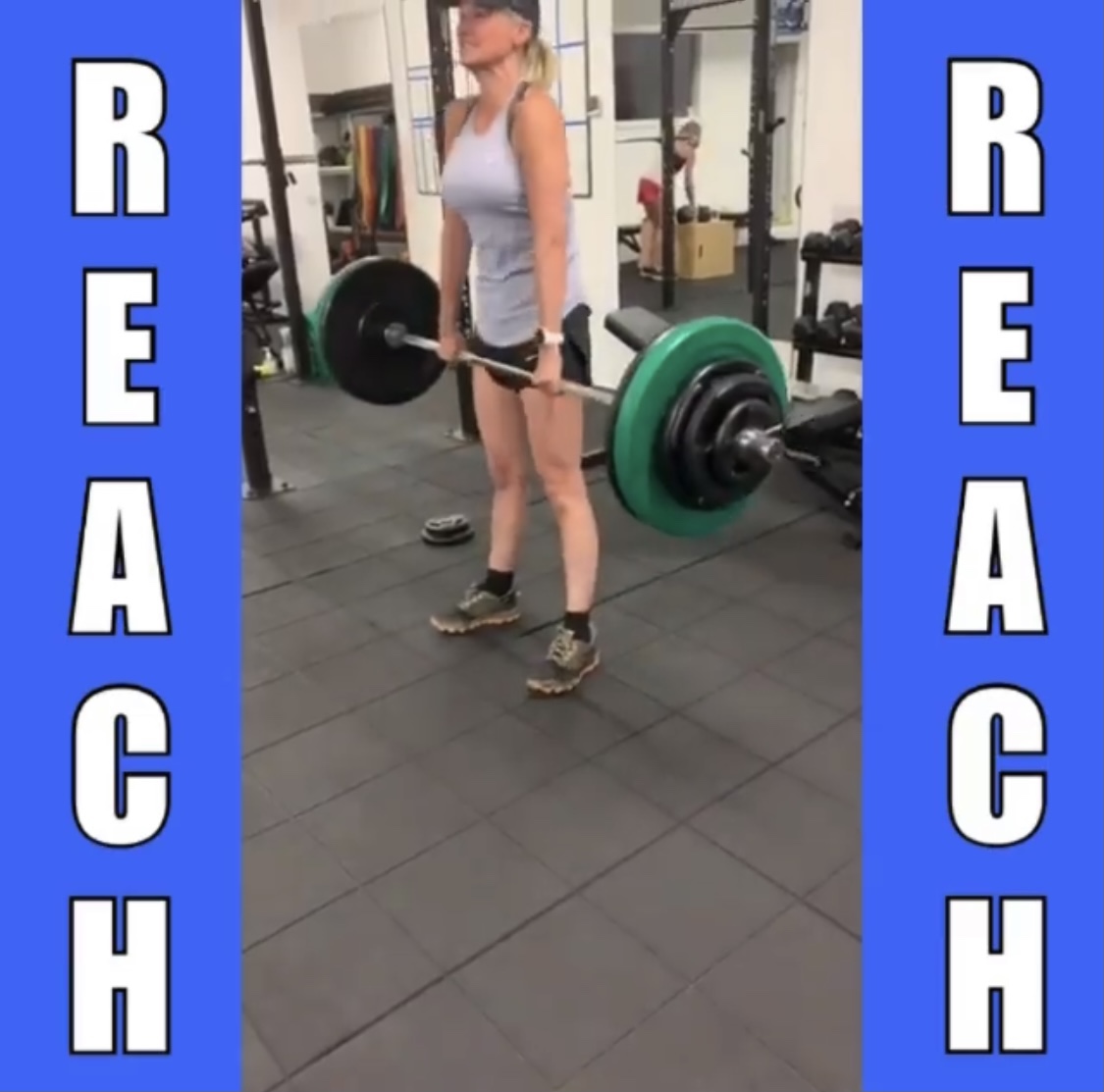 So, we spent probably the best part of a year focusing on helping clients to understand how hard they should be going in order to get the benefits and the results. Now they do it without thinking about it.   

Of course, we need to balance long-term benefits with short to medium term adherence. We wouldn’t do a year of just focusing on the same thing because, unless you’re an Olympic athlete, it’s going to get boring for most people. So, a few weeks seems about the right balance between helping clients to  step up to the next level, physically and mentally, and maintaining buy-in, adherence   and  enjoyment of the process, as well as the outcome. 

Hopefully this short block of a few weeks pushing to the absolute max at 100% will have the same effect and help clients to get more out of their sessions  when they are lifting at 80%, 90%, whatever!  

⁃ In terms of results it’s important to get at least part of your enjoyment from seeing progress.

⁃ The quicker you hit the goal (in this case establishing your max lifts) the more variety we can put in.

⁃ People who get the best results generally focus on getting the basics right.

⁃ As coaches we sometimes need focus on what clients need rather than what they want. What we try to do is help clients to understand WHY we are choosing a certain approach (hence this blog post). 

(The points above could also be applied to nutrition, as well as training). 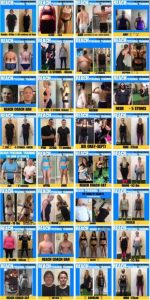